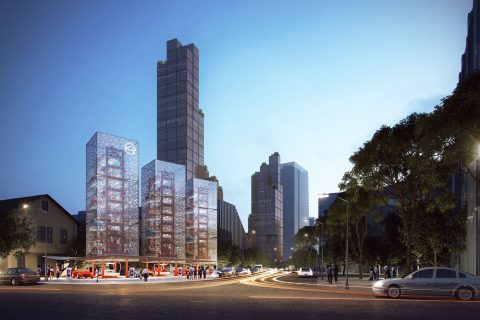 Contemporary developments in transportation technology are changing how we drive, store, and power vehicles. What opportunities do these new technologies represent for design? What does this mean for the future of roadside architecture, and can we re-think the relationship between car and city? 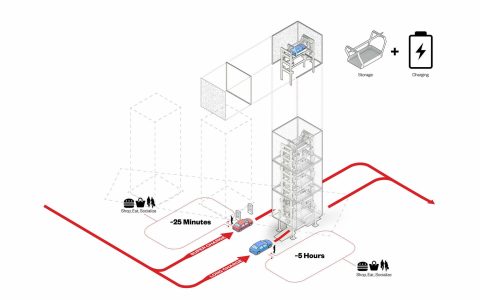 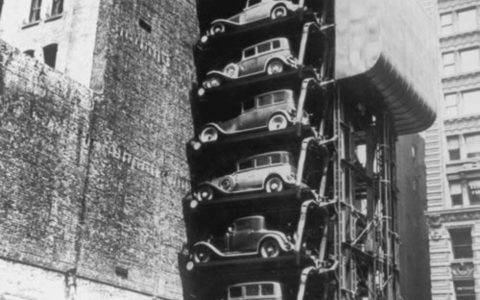 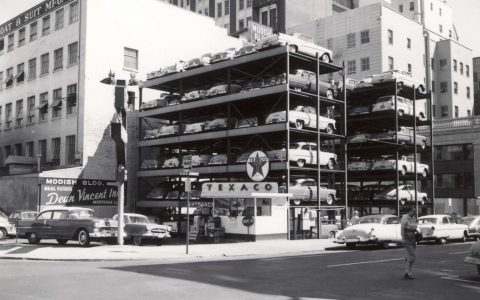 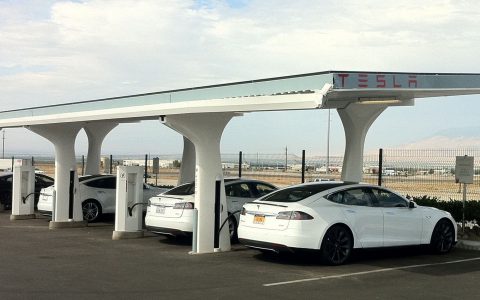 Asked to develop a concept for an electric car charging station for a new urban development in Shanghai, Ennead Lab created the Charging Tower, a urban roadside beacon for electric cars.

Unlike filling up a car at a gas station, charging an electric car takes a larger investment of time from the driver. Currently, there are two options for charging an electric vehicle: a super charge or a standard charge. A super charge utilizes both alternating and direct current simultaneously to provide a vehicle with over 100 miles of charge in only 25 minutes. Such a system is best used by drivers who are still on their way to their destination or need the extra miles to get home. On the other hand, the standard charge method will take up to five hours to achieve the same level of charge. Both systems raise the question: what does the driver do while the car is charging?

In order to accommodate both a small, urban, pedestrian-friendly site and to maximize the number of cars simultaneously utilizing a standard charging system, we combined existing charger technologies with existing stack-parking technologies to create a “Charging Tower.” At the ground level, super-charge stations are housed beneath a light-weight canopy. The parking towers above are clad in a reflective, perforated metal, creating a beacon to passersby. 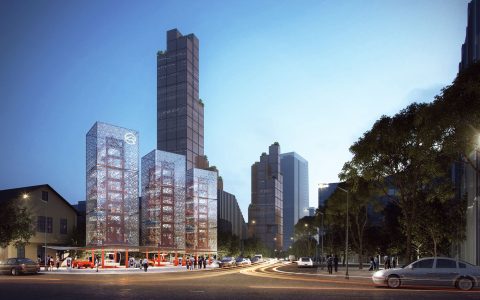 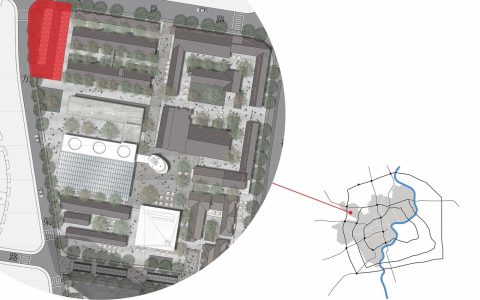 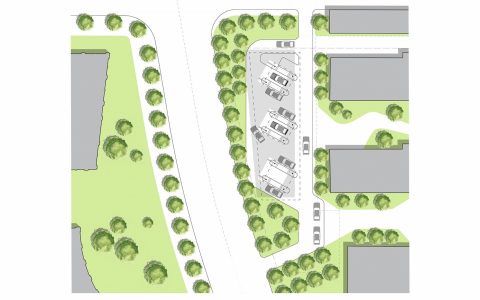 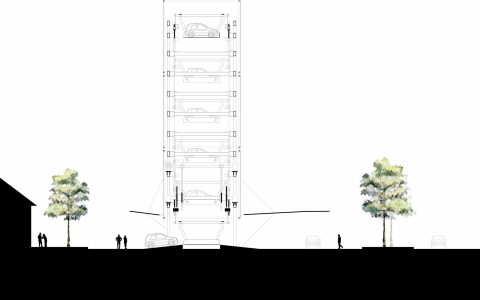 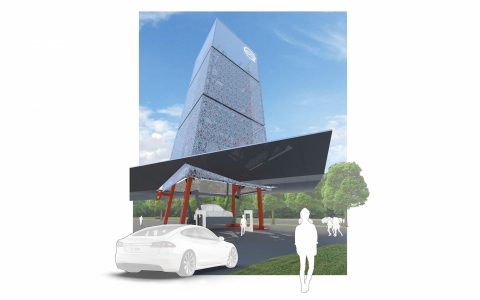 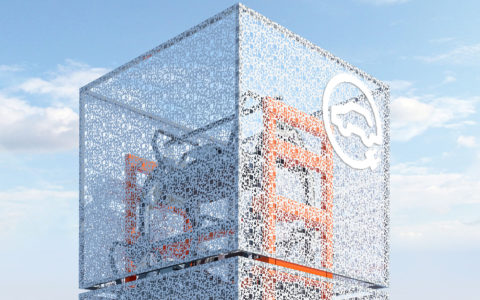 An excerpt from the article:

“A car charging station must provide an answer for what drivers will do while they are waiting for their cars to be ready to return to the road,” said architect Kyle Graham. As part of a team at Ennead Architects in New York, Graham developed the concept for the Charging Tower, a multi-story charging hub designed to take the place of inner-city gas stations. 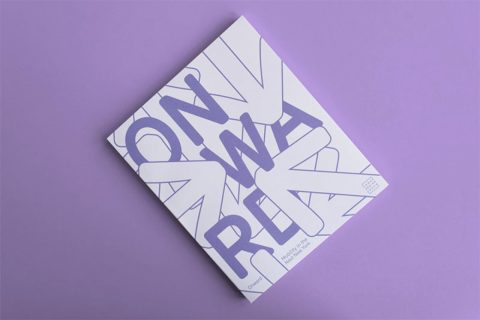 Learn more about "Onward: Mobility in the Next New York" here. 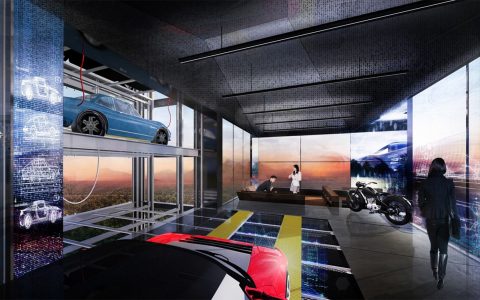 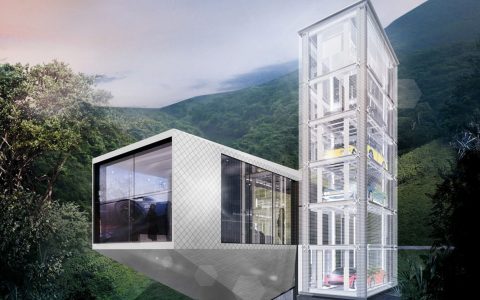 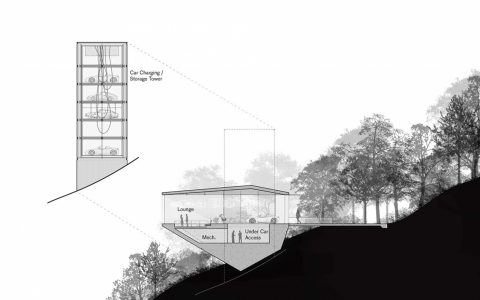 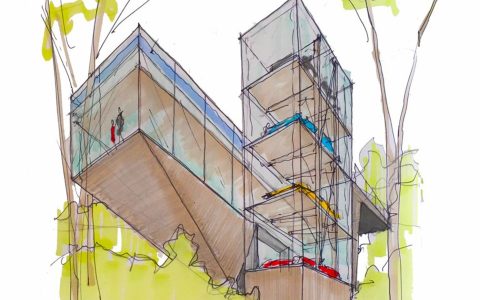 Learn more about The Toy Box in Style article here.